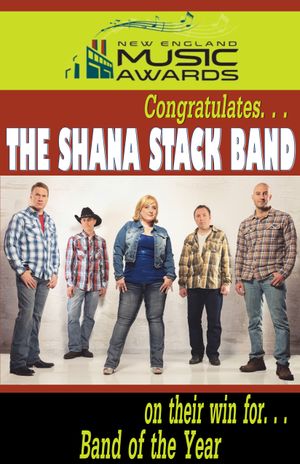 The New England Music Awards are presented every year to the musicians who call New England their home and whose dedication, spirit, and achievements over the last year have without a doubt established them as a contributing force to the most robust and diverse music scene in the country. The NEMA nominating committee consists of a variety of music industry experts including journalists from music publications, radio personalities, talent buyers, event planners, record label executives and more. This selection of professionals collectively represents all six New England states and every awards category.

The goal of the New England Music Awards is to celebrate and recognize some of the area’s best musical achievements. Every year NEMA nominates over 100 artists and/or bands spanning a number of categories and genres of popular music in New England.  This includes the coveted individual state awards, which recognize one act from each of the six New England states as its Best in State.

The Shana Stack Band, comprised of all New Hampshire musicians (Shana Stack, Ed Leavitt, John Sanchez, Kurt Ekstrom and Alec Derian), was nominated in the top category of Band of the Year.  The New England Music Awards receives thousands of perspective nominations each year and narrowed the field down to 26 categories and chose only 6 artists/groups to be represented in each category. They also chose Chris DeSimone as The Scene Award Winner, Grace Morrison as The Grassroots Award Winner and Chip McCabe as the Decade Award Winner. The Master of Ceremonies for the awards show was Boston Comedy Festival winner Dave Russo who has been featured on “Comics Come Home with Denis Leary,” the E! TV series “The Entertainer,” with Wayne Newton, NESN’s Comedy All-Stars, the Phantom Gourmet, Charlie Moore Outdoors, USO shows nationwide, and can be seen weekly as co-host of NESN’s “Dirty Water TV.”

At the awards ceremony presented at Showcase Live in Foxborough, MA, Saturday evening, The Shana Stack Band was announced as this year’s Top Award winner for Band of the Year for the 4th Annual New England Music Awards.  The Shana Stack Band members were thrilled about the news.  The band members Shana Stack Davis, Ed Leavitt, Kurt Ekstrom and Alec Derian accepted the award on the band’s behalf.  Their band manager, Conrad Farnham was asked to accompany them on stage.  Shana approached the microphone and began her acceptance speech with “O.M.” and Ed finished the statement with “G”.  The audience clapped and laughed along with the band’s excitement.  Shana then spoke to the audience with true emotion with “Thank you to everyone that voted.  We want to thank our families, our friends and our fans.  We are just so shocked to win this award.  We were up against such amazing artists that have thousands of Facebook fans.”  Shana continued on with introducing each of the band members and sending a shout-out to John Sanchez, Lead guitarist for the group and Wayne Braley the group’s sound tech, that were not in attendance for the big event.  Shana then turned her attention to Conrad Farnham, their band manager, to express gratitude on behalf of the band.  “Without Conrad, this would not be possible.  He works extremely hard every day to provide us with the opportunity to perform all across New England.  We are very lucky to have him.” Shana finished by saying, “We are all in this together.  There are so many amazing bands and artists in our genre of music (country) and many other genres.  We are all in this together.  Instead of competing with each other, we should all be supporting each other and helping each other when we can.”  The audience broke out in applause and screams.  Ed Leavitt then stepped to the microphone and continued the gratitude with, “We especially want to thank The New England Music Awards, Granite Coast Entertainment, the nominating committee members and especially Joe Graham, Mike Flynn and John Fleming, who founded the New England Music Awards.  We are grateful for all of that you do for the music industry.” To show how much The Shana Stack Band is appreciative of all of the support they receive during the year and their commitment to supporting other bands, Kurt Ekstrom quickly stepped up to the microphone as the band was exiting the stage, “Don’t forget to stick around for Pat & the Hats performance.”

The Shana Stack Band later expressed, “This is just so hard to believe.  Last month we won Country Artist of the Year from the 7th Annual Limelight Magazine Awards and coming only a year after being awarded Country Act of the Year last year at the New England Music Awards. Then being nominated again this year for the Band of the Year category was so amazing.  We were surprised and thrilled at just being nominated again and we were honored to be in the category along with so many amazing artists like Twiddle, Kung Fu, Girls, Guns and Glory, Quilt and the Jason Spooner Band.  We wish to congratulate all of the nominees and winner from the 4th Annual New England Music Awards.  We hope that people will take the time to go and see these bands perform at music venues all across New England.  There is so much amazing talent and we are proud to be considered a part of it all.”

The list of awards The Shana Stack Band has won over the last few years range from Country Band of the Year and the Fans Choice Award by the Independent Country Music Association, to Wiles Magazine's World's Best Indie Artist to their awards for Country Act of the Year by the New England Music Awards and now their most recent awards for Country Artist of the Year by Limelight Magazine and Band of the Year by the New England Music Awards.  The band never takes these awards for granted and realize it is the fans and their family’s commitment that are the drive behind their success.  "Winning awards is amazing, but what these awards really show, is that the fans and the music industry really approve of what we do.  We love to make music and share it with everyone.  The fans are really what make this rollercoaster ride fun, exciting and truly rewarding.  We look forward to doing what we love, making music, for years to come.”

Congratulations again to The Shana Stack Band on their latest award as Band of the Year for the New England Music Awards.